Epson created the miniprinter marketplace back in the early 1980's when they developed the first impact dot matrix miniature printing mechanisms.

The Epson M160 printed 24 columns of alpha-numeric text onto 57mm wide paper rolls. Ink was transferred from a miniature fabric ribbon using a dotwire, in similar fashion to the (then) huge desktop computer printers. The amazing reduction in size was possible by the adoption of a shuttle head with just 4 dot wires in place of the bulky, traditional 9 vertical pins used in a standard printhead. The M160 was launched with it's smaller sibling, the M150II which printed 16 characters across a 44mm wide roll.

Development continued with M163 and M164 mechanisms which had different gearing to slow the motor down to produce 32 or 40 characters per line. Printing speed was increased with the introduction of the M180 range until the technology finally advanced to the M190 and M192 mechanisms. These printed 24 or 40 columns onto 57mm paper but at further increased speeds thanks to the use of 8 dot shuttle heads.

By the early 1990's, thermal miniprinters overtook the impact devices by offering much faster printing speeds, quiet operation and better reliability (due to fewer moving parts). Impact printing persisted however for applications requiring a more permanent printout because early thermal paper had a tendency to fade very quickly. These days, thermal paper is much more reslient but there are still some markets that specify the use of impact printer mechanisms. Some of the Epson range have been discontinued and others have become less commonly used but there is a large base of legacy equipment still requiring the M160, M190 and M192 mechanisms so M-Tech Printers continue to support these devices.

Mylox offer an interface for the M190 and M192 mechanisms, the MLX100. It is still specified in new projects requiring impact technology and has been used successfully to support many legacy applications with little or no engineering effort required for the upgrade. 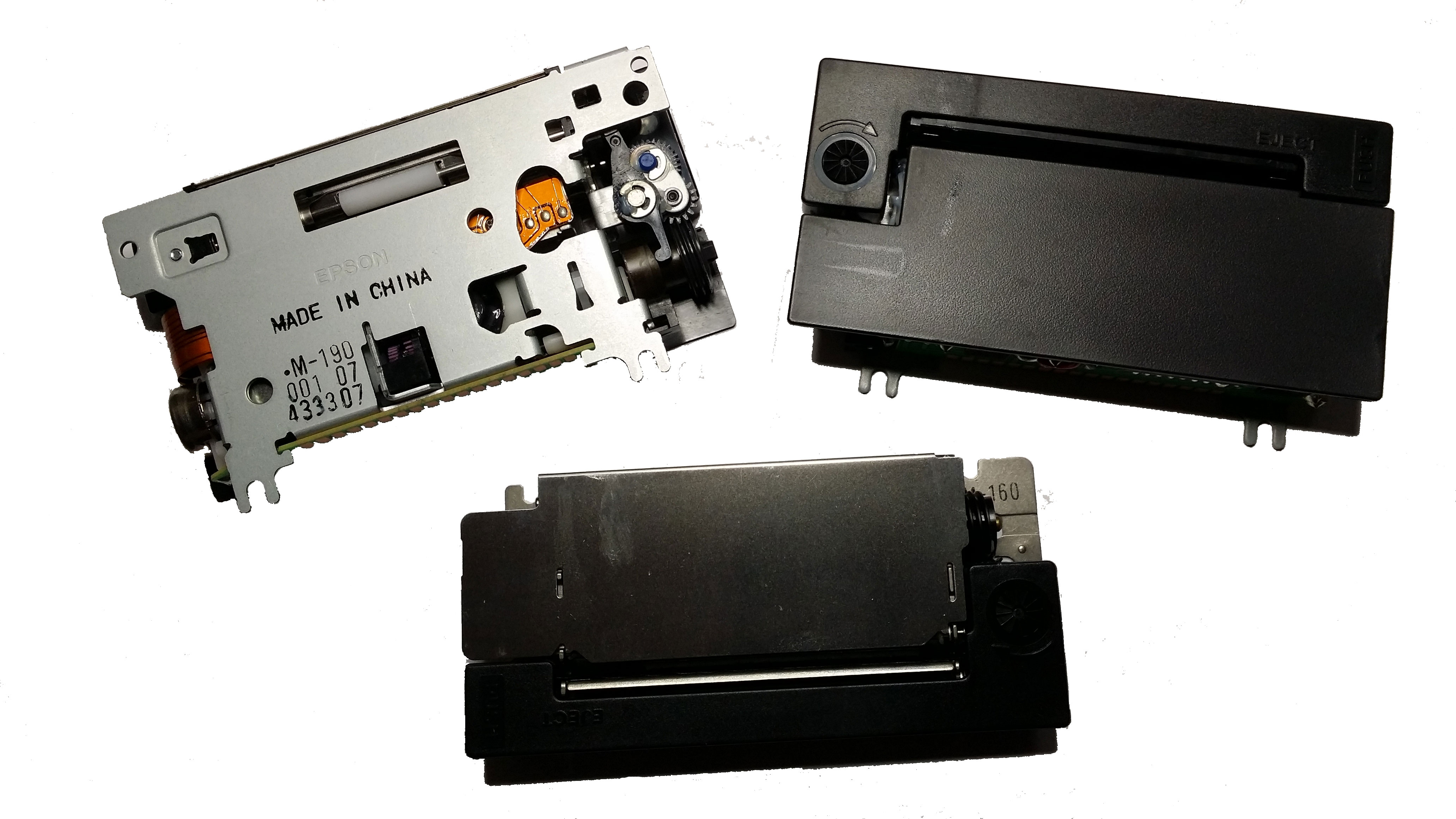 The printout from impact dot matrix printers is less prone to fading over prolonged periods. This means they are preferred by many for applications requiring long term data archiving.

You can print this page direct from your browser or download it as a pdf. If you don't have the Acrobat Reader you can download the latest copy from here...