The MLX-100 was designed to interface with the Epson M180 and M190 series impact dot matrix miniprinter mechanisms but variants could be developed for interfacing with other printers. A mechanism and interface combination would typically be selected for integration into oem equipment demanding; compact, low cost, low power, printer output. The use of such components inevitably demands more design and development than an external or even panel mounted printer but it becomes cost effective for larger volume production runs or where corporate branding or identity is paramount to the aesthetics of the final product. Impact dot matrix printers would be selected over their thermal counterparts for applications requiring multi-part (2 or even 3 copies) print or where long term archiving of the printout has to be guaranteed. 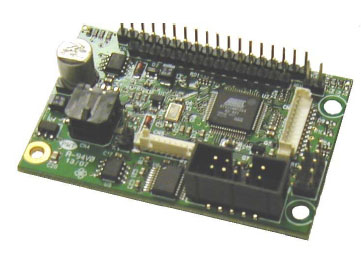 You can print this page direct from your browser or download it as a pdf. If you don't have the Acrobat Reader you can download the latest copy from here...